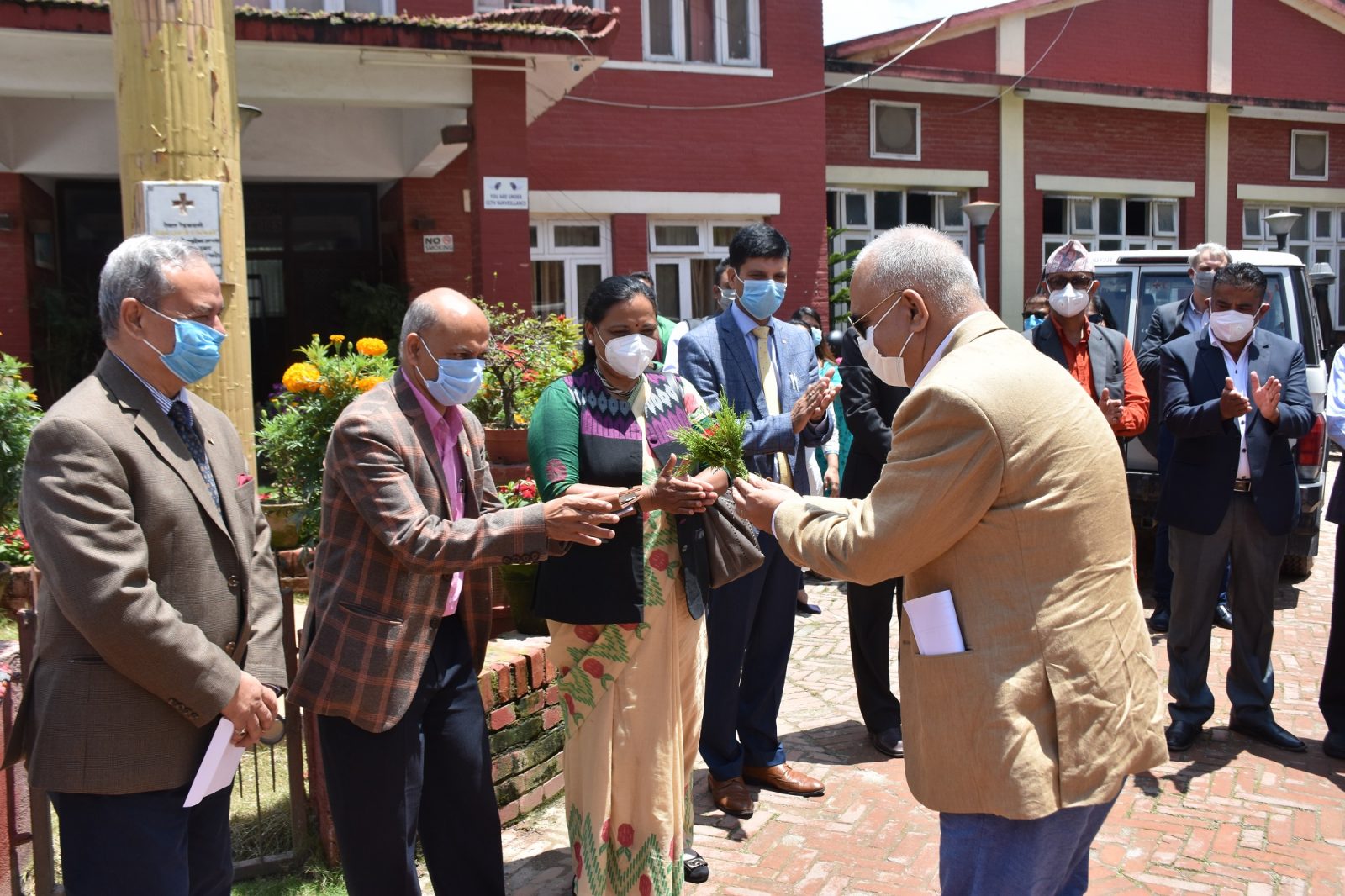 A newly formed Central Executive Ad Hoc Committee of Nepal Red Cross Society (NRCS) commenced the office. A 33-member ad hoc committee under the chairmanship of Dr. Netra Prasad Timsina was appointed by the cabinet decision of the Government of Nepal on 28 July with a mandate to hold the election of NRCS Central Executive Committee (CEC).

Immediately after commencing the office, office bearers and committee members signed the code of conduct of the Red Cross and took the oath of the office.

Chairman Dr. Timsina stated, “We are committed to bringing Red Cross law as soon as possible”. He further added, “We adopt a collaborative approach to go further in the mission of the Movement”. Similarly, Secretary General Mr. Pitambar Aryal urged to adopt the spirit of the Fundamental Principles (FP) of the Movement. “The priorities of NRCS will be leading the Society in the new height, hold the election and seek for the Red Cross law as soon as possible,” said the Secretary General.

Treasurer General Mr. Sitaram Koirala acknowledged the Government of Nepal for offering a huge responsibility and stated “NRCS is committed  to implement ‘zero tolerance’ policy against the violence and misbehavior of the code of conducts”.

On the day of the commencement, where  Vice-Chairmen Dr. Bishwa Keshar Maskey and Ms. Sharmila Karki as well as Deputy Treasurer Mr. Hom Prasad Pathak were also present, Chairman Dr. Timsina committed to come up with a detailed plan soon to achieve the mandate given by the Government.

NRCS Executive Director Mr. Umesh Prasad Dhakal briefed the office bearers and members of the newly formed committee about NRCS and its preparedness and response activities  on COVID-19. He also presented ongoing flood and landslide response updates. So far, NRCS Headquarters has deployed more than 80 trained volunteers on the ground for flood and landslide immediate response activities like initial assessment, search and rescue, first aid, evacuation and immediate relief as needed. Volunteers mobilized by NRCS District Chapters in the affected area are working continuously together with local authorities to conduct initial rapid assessments (IRA) and relief distribution as well as to support communities to be safe and prepared for the worsening flood and landslide situation.

Likewise NRCS is carrying COVID-19 preparedness & response programme that has reached over one million people.